“The glamour will die, but your artform will live” – A.O

On the Queens birthday this year, more than 10,000 people flocked to the ANZ stadium to see the spectacle that is the King of Bollywood. Little did they know, that only 2 days prior, a young classical and contemporary dancer stood under a light bulb, as 250 mesmerized eyes watched him paint the stage in movements, as if it were a canvas eager for his poetic strokes.

Aakash Odedra has been named the “one to watch” on the international contemporary dance scene. Mentored by the famous Akram Khan, Aakash Odedra is classically trained in both Kathak and Bharathanatyam and has since then followed his mentors’ footsteps, opening himself up to a vulnerable exploration of the mind, body and soul through contemporary dance. Bringing his solo gem, “Rising” to the Lennox Theatre at Parramatta Riverside on the 5th and 6th of October for Parramasala, Odedra took his audience through a journey of time, space, movement and light.

Starting off the night with an intensely engaging traditional Kathak piece, Odedra stripped the art form to it’s minimum. Both light and deliberate, he demonstrated the pure “Nritta” or “rhythm”, effortlessly.  Commanding the space as if to tell the audience, “I am here,” Odedra showed his poise and technical excellence as a stand-alone dancer and choreographer in his element.

Continuing to use aspects of his Kathak training in his contemporary performances, Odedra completely transformed the mood of the theatre into one of intense foreboding as he explored mans innate animalistic nature in “In the Shadow of Man.” Connecting with choreographer Akram Khan both as a mentor and fellow kathak dancer, Odedra becomes a catalyst for Khan’s fascination with the interconnectedness of animal and man. Strongly resonating elements of Khan’s production, “in The Mind of Igor” that came to the Sydney Opera House earlier this year, the audience is left both bewildered and somewhat confronted by Odedra’s wolfish demeanour and piercing howls as he leaves everything he has on the stage.

Kudos must go to the Aakash Odedra Company for leaving sufficient time between each piece. Not only for the artists’ mental and physical recovery but this time acted as a gift to the audience, to ruminate, absorb and prepare for the next journey. That said, not a single soul left the auditorium during intermission, they simply waited in anticipation and rightly so as the third and fourth pieces of ‘Rising’ resonated what the art world would deem light and performance art. A strength and commonality amongst all the choreographers that collaborated with Aakash Odedra is the simple and deliberate method in which they instructed light and developed a soundtrack for their respective pieces. 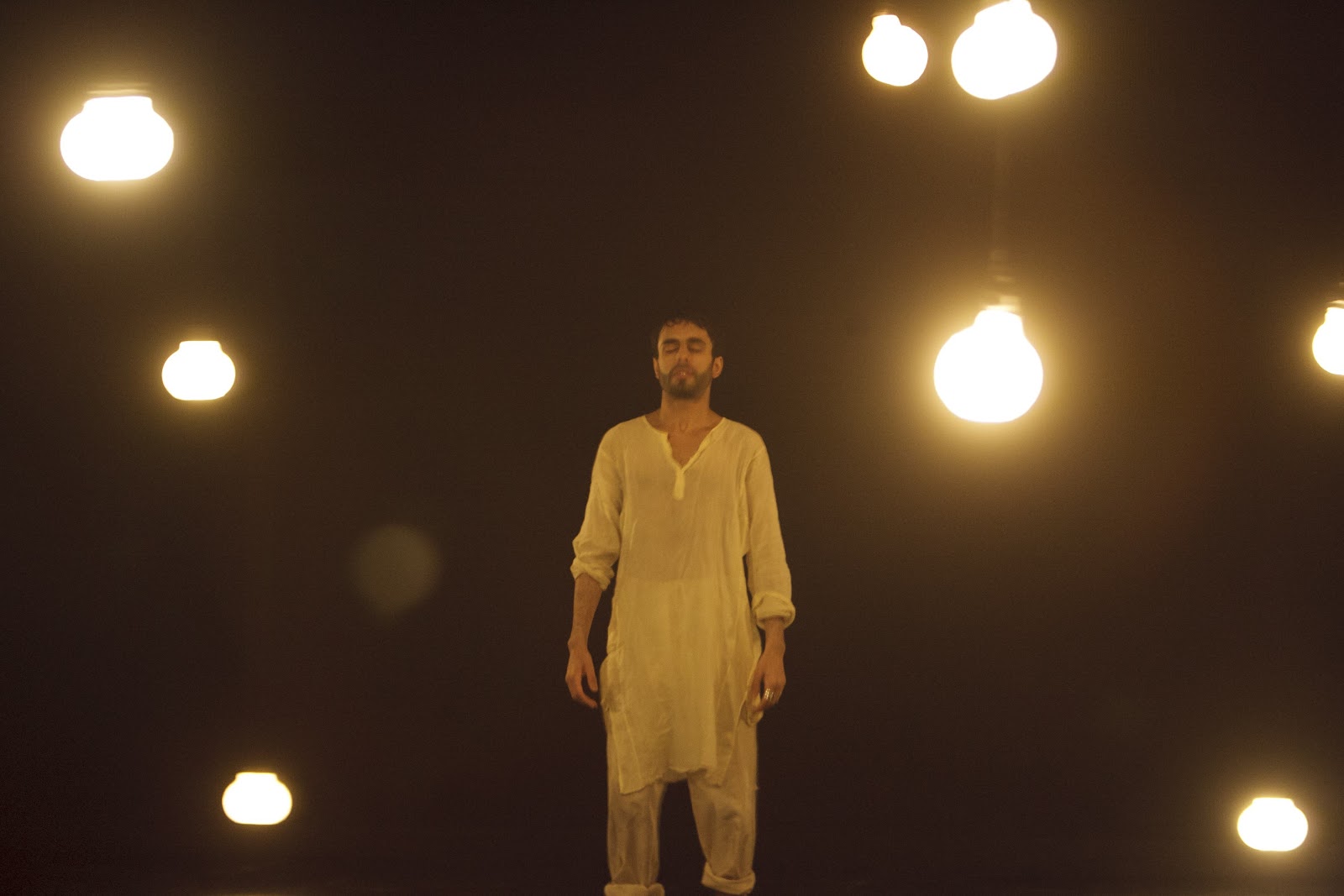 The first performance of the second half “CUT” created a space where dance was not defined by movement but the way in which the movement changed the flow and form of light. Working with lighting designer Michael Hulls, Russell Maliphant created a completely new world for Odedra. One in which his dance became something bigger than himself, the passion with which he delivered this piece left the audience elevated as they watched him repeatedly create artworks of beauty with the shadows of his body.

The last and final piece for the night was “Constellation,” choreographed by Sidi Larbi Cherkaoui. Larbi’s approach to choreography was through intense yoga sessions one on one with Aakash, learning and understanding the natural rhythm, rise and fall of his body. As if dancing within Yayoi Kusama’s installation, “Fireflies on the Water, “ Larbi adds a dimension of movement to the installation exploring the illusion of depth, force, ebb and flow with Aakash Odedra as the central locus. The climax of the piece and perhaps the entire show had Odedra centre stage, twirling a globe clockwise in front of his body, eyes pouring out into the soul of the audience as he slowly ebbs forward as a deliberate, luminous astral body. As if technical talent and artistic grace weren’t enough, Aakash Odedra finished up on stage with grace and humility, thanking his crew, the audience and taking one last glance up into the heavens as if to thank a higher power, whose grace and strength he had simply borrowed for the night.

Regardless of glamour, status, ego and fame, it is the art that will remain

Given that dance genres are created to add structure to movement, ‘Rising’ presents the idea that a dancer is not limited by his genre but rather constricted only by the limitations that he puts on himself. In taking this journey to become a more open individual and dancer, Odedra stands on the shoulders of his colleagues and choreographers to show us the universality of time, space and movement as mechanisms of exploring oneself.

We are a voluntary organisation fueled by enthusiasm and love for the Arts. We thank all our supporters whose nominal publicity contributions assist us in maintaining the site and its reporting activities.